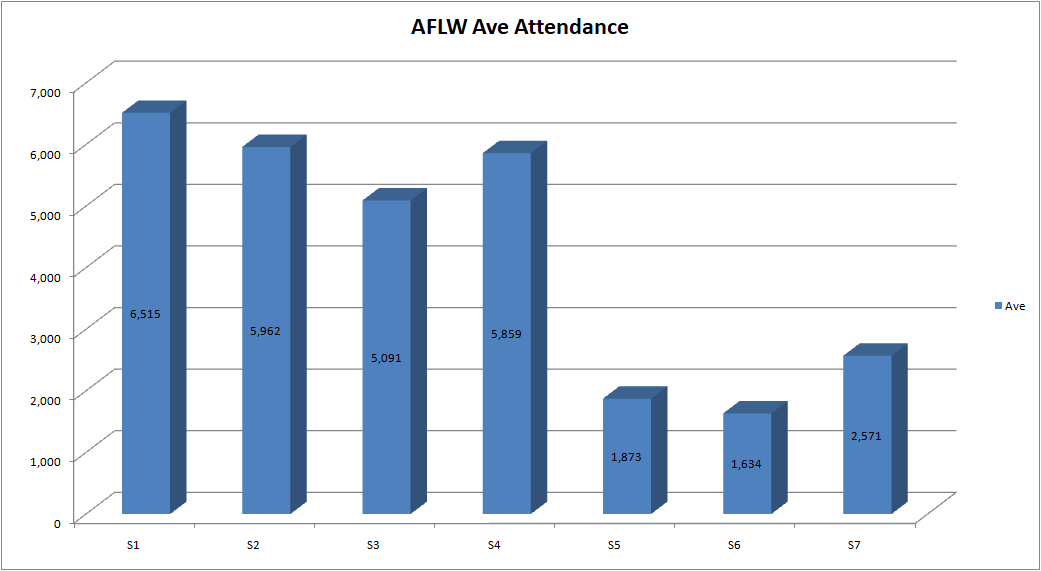 AFLW Crowd averages by round in Season 7 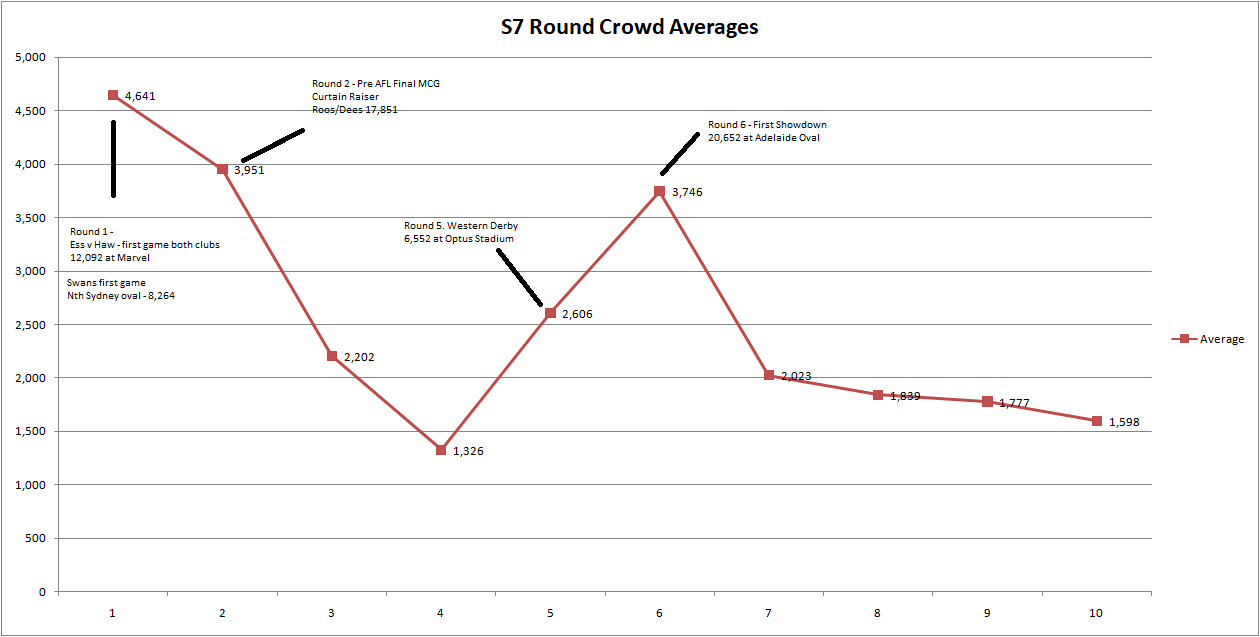 Port Adelaide had the best attendance average of the season with 6,739 (helped by more than 20k at the first AFLW Showdown). The Bombers, Dees, Swans and Crows make up the top 5. At the bottom its the Suns averaging just over 1,000 per game, just behind the Dockers, GWS & Dogs 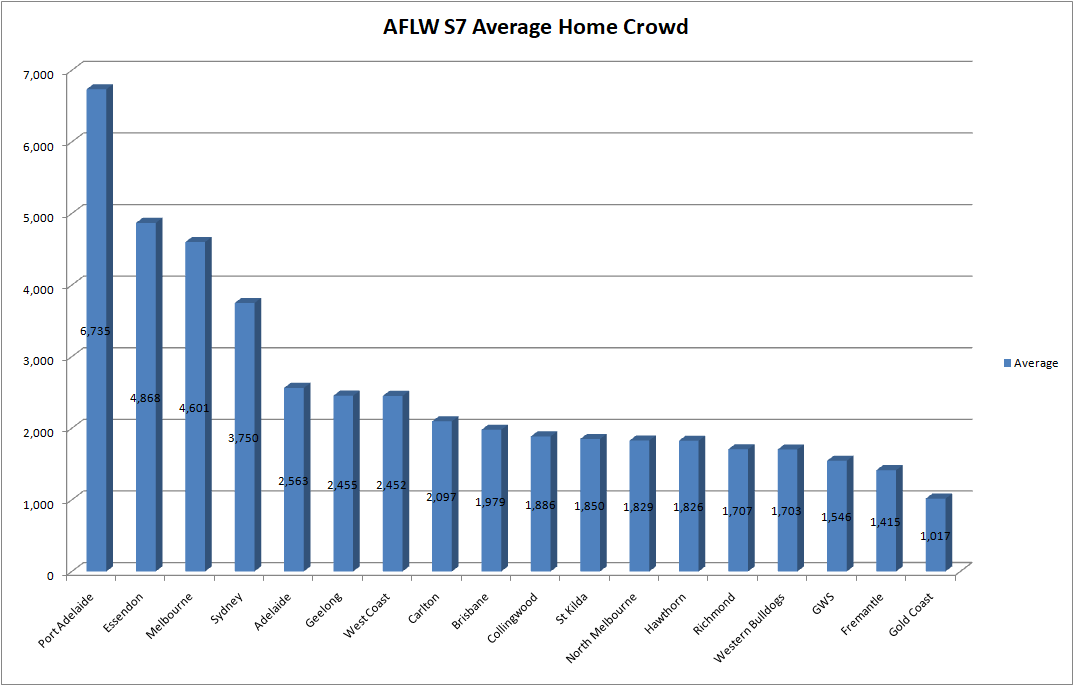 35 venues were used during the Home and away portion of AFLW Season 7 with 13 of those regular AFL stadiums Of 90 matches, 22 games (24%) were held in AFL class venues (at 13% of capacity)

Adelaide Oval was the most attended ground of the AFLW season – all in one match with 20,792 attending the first AFLW Showdown. The Dees/Roos curtainraiser at the MCG had 17,851 on its own. Ikon Park came in third, also hosting the most games of any ground with 9 (ave 1,908). 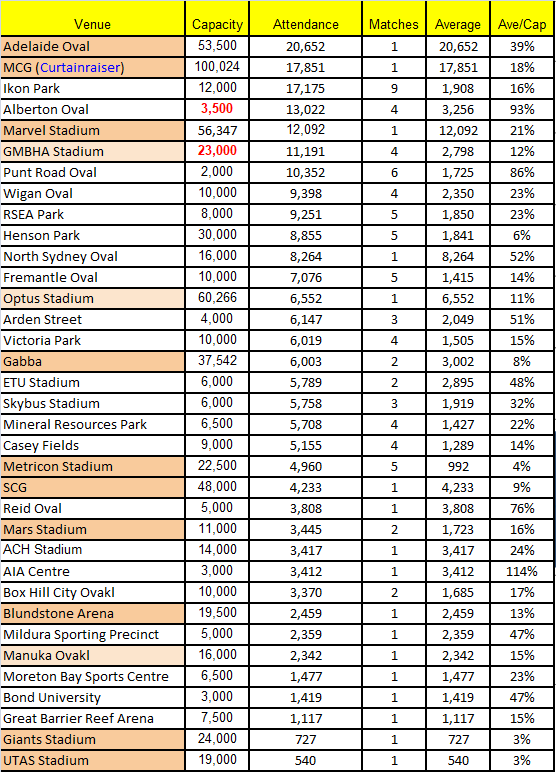 For AFLW venues with at least 2 matches played, Alberton Oval (Port Adel) came out on top with an average crowd of 3,256 – about 93% if its current reduced capacity, The Gabba, ETU Stadium (Port Melb), GMBA and Wigan Oval (Unley) make up the top 5 venues. 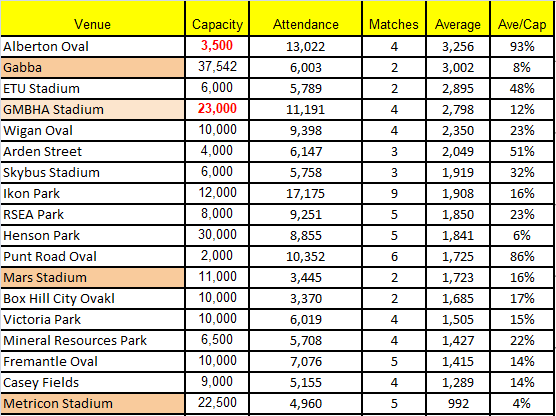