According to the Earnings Release

Revenues of $502 million in the quarter decreased $8 million, or 2%, compared with the prior year, primarily due to a $40 million, or 8%, negative impact from foreign currency fluctuations. Adjusted Revenues of $542 million increased 6% compared to the prior year, improving from the prior quarter rate. Higher revenues from Kayo and BINGE, higher commercial revenues and an increase in advertising revenues were partially offset by the impact from fewer residential broadcast subscribers.

Segment EBITDA in the quarter decreased $3 million, or 3%, compared with the prior year, reflecting a $9 million, or 8%, negative impact from foreign currency fluctuations. The decline also reflects higher sports programming rights costs, driven by the timing of sports events, notably in motorsports, and contractual increases, as well as higher marketing costs at BINGE. Adjusted Segment EBITDA increased 5%. 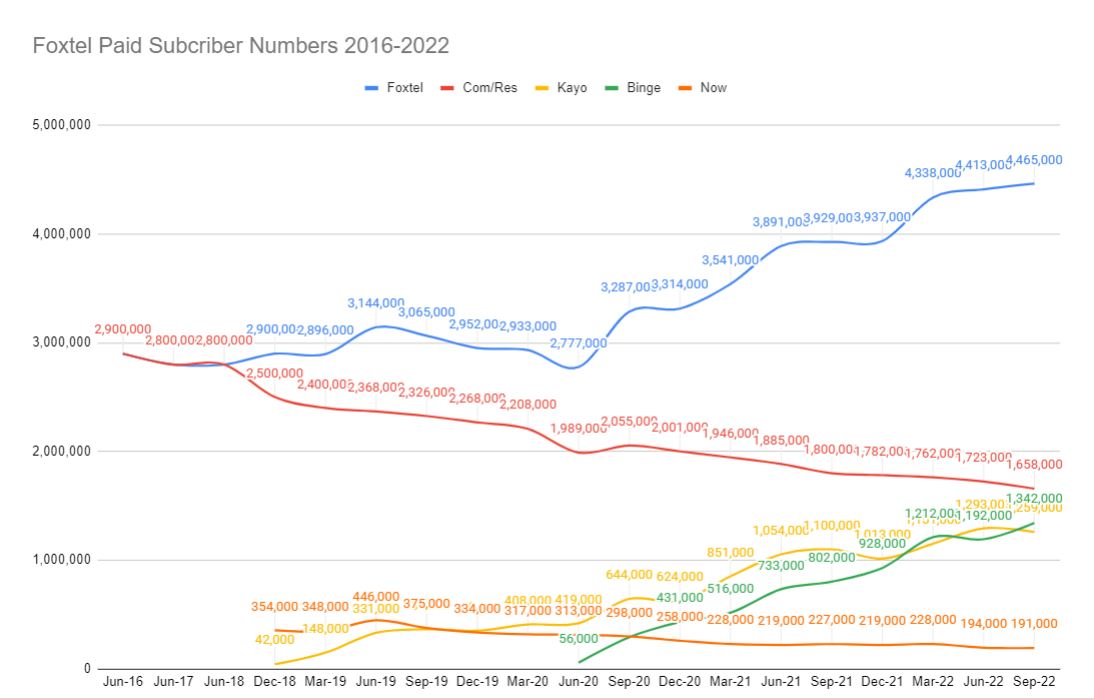 Data tables can be accessed here